Jan
Benefits of Window Graphics for Your Store Quality custom vehicle wraps are a great way to advertise your business or add your own personal style to your car. They can come in a variety of color schemes and can be applied to nearly any car, truck, van or bus. Custom vehicle wraps are most often used as an effective vehicle advertising method. But they are also used to add that personal custom style to everyday drivers and classic cars as well. One of the most popular vehicle wrap design schemes is camo vehicle wraps. What is a Vehicle Wrap? A vehicle wrap is a long lasting vinyl print adhesive that covers all or part of the vehicle’s body. It is a cost effective and quality alternative to custom paint jobs. Custom vehicle wraps afford you the creative freedom of a traditional paint job at a fraction of the cost. Benefits of a Camo Vehicle Wrap If you […] Car graphics are used by businesses to advertise their services on their vehicles in creative and eye catching ways and by car enthusiast to add style and appeal to a classic or modern sports cars, trucks and other vehicles. There are many different types of car graphics, from decals and lettering to wraps and custom paint jobs. The type of car graphic you use for your business or personal car is dependent on what you want to do with the graphic, the goal, your budget and the amount of detail you want or need. Car Graphics: Decals Decals are car graphics used for both advertising and personal creative purposes. Decals can be just a few letters and numbers which display a company name and contact info, or they can incorporate a logo and color design. They are usually made of cut vinyl. The cut vinyl is best applied by a certified […] 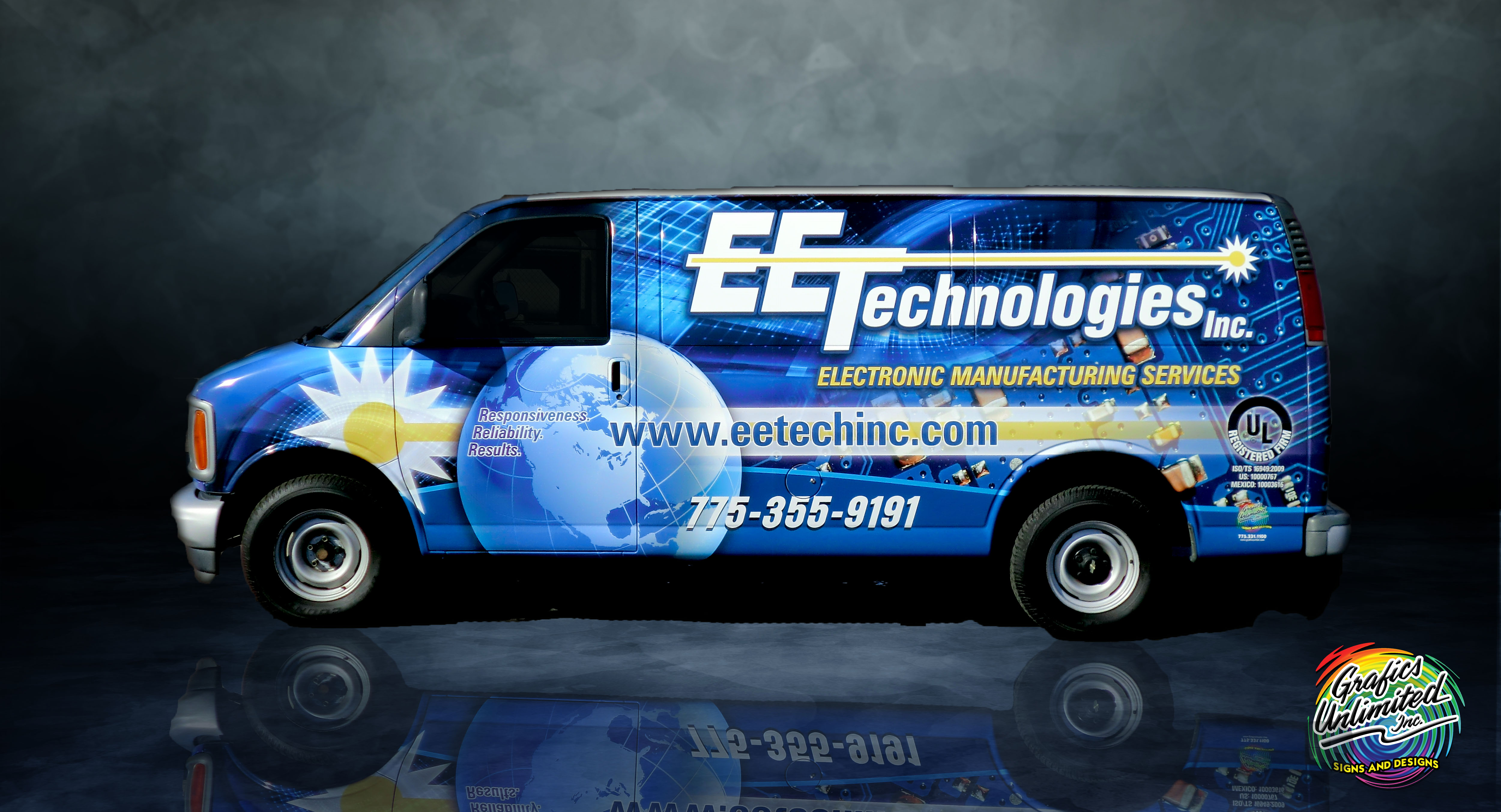 A business logo is usually one of the first visual marketing symbols a company creates. Logo advertising is usually performed by a saturation method. All business materials, letters, emails, advertisements, invoices, websites, business cards, T-shirts – the list is nearly endless – should feature the company logo. Because of this, the company logo is one of the first things that any customer, potential customer, investor or potential employee associates with your business. Good logo advertising takes these facts into account. The logo is the pivot point around which all other advertising designs rotate. A company logo should be the same on all materials and should act as a design template for all secondary advertisement designs. In good logo advertising, the font and color scheme of advertising designs should follow from the design of the logo. It doesn’t have to be exact. But a design that is wildly different in both […]

Oct
Why You Need a Certified Installer for Your Custom Graphics

A custom design quality that makes your message stand out against the background of commercial advertising is an essential element of great message advertising and promotion. But just as important is the way in which that signage, car wrap or decal is installed on your property or vehicle. Have you ever seen a company sign, decal or advertising graphic that looked hastily installed without any skill, making it more of an eyesore than an eye catcher? Seeing those shabby signs immediately made you question the quality of their service or product. A bad installation job can detract from the message you are trying to get out.  So when considering what your message will be, it is also important to consider how it is installed and displayed and who you can trust to do it right. Whether you need custom made interior/exterior signs, window and wall graphics or decals and car […]

Oct
Why You Should Consider a Custom Car Wrap Whether you are a car enthusiast wanting to add a creative, personal touch to your ride, a business owner seeking a versatile, mobile and highly effective way to advertise your product or service, or you just want to give your beloved car a stylish update, a custom car wrap is a quick, easy, durable and affordable way to get what you want out of your vehicle. What is a Custom Car Wrap? A custom car wrap is a durable, long-lasting vinyl alternative to a traditional paint job. Applied directly over your car’s original paint, a car wrap can cover the entire car or just a section. Choosing a custom car wrap as an alternative to a traditional custom paint job gives you the ability to craft the exact design you want without the labor and high costs associated with a custom paint job. Custom Car Wraps Are a Great Way […] Engraved signs add a degree of professionalism and permanence to a work place. An engraved sign can add texture and dimension in ways that are more stimulating to the eyes. Make your business stand out with an eye-catching engraved sign! Engraved Name Signs Make your office and your position more professional with an engraved name sign outside of your office and an engraved nameplate on your desk. If a loved one or friend just received a promotion, a custom engraved nameplate can be the perfect gift! Materials for Engraved Signs Many different materials can be used to create engraved signs for your business. With each material comes a different protocol for safe and efficient engraving. If you want your engraved sign made from wood, make sure you have the tools to engrave in wood as opposed to a metal or plastic material. Engraving on a solid piece of wood has […] Reno can be an unforgiving climate for cars, especially for the front fascia of a vehicle. Our high winds can kick up lots of debris, causing countless scrapes and marks to your car. Protect your car from all of the treacherous Reno driving conditions with a clear bra. Clear Bra Protection for High Speeds Dings, dents, and scratches that affect the front of your car usually come from high speed encounters like driving on the freeway. The added velocity of debris or bugs can do more damage to your car at a higher speed. Those bugs may not survive the impact, but the front fascia of your car will take a hit, too! Clear bras for Reno cars are especially helpful because of the surplus of construction and development in the area and high tractor trailer traffic. Car owners in Reno also see additional damage to their cars during the […]